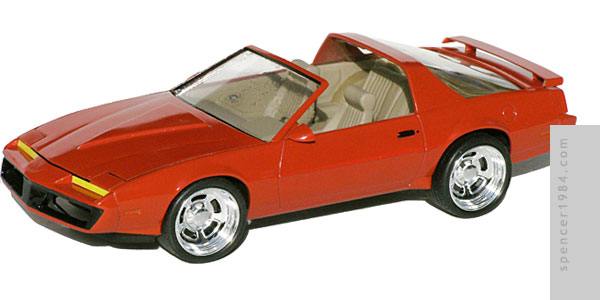 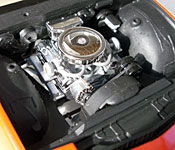 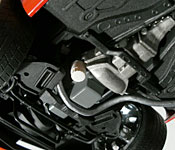 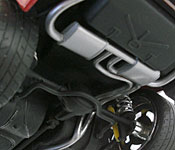 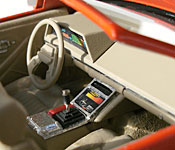 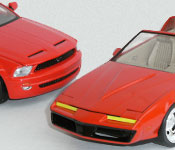 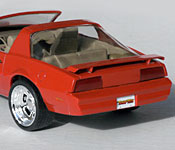 Cool Fact
In addition to using the same base car as KITT, the theme song to Turbo Teen was very similar to that of Knight Rider.

I started with a basic stock assembly of the optional turbocharged engine and chassis. Upgrades were minimal, limited to drilled out exhaust tips, new springs, and a parts box air cleaner. Inside, a scratchbuilt dashboard and center console were made to match images from the show's title sequence.

The body received similar modifications to KITT around the nose piece, and the grilles were opened. I also removed the T-bar from the roof, added the triangular hood scoop (a section from the kit's optional hood), and corrected the taillight panel to match the show model. The latter was done by cutting the stock panel into three sections, then the center panel was glued to the body and molded into the hatchback. It was then finished with a set of Pegasus Holli's wheels and a Turbo Teen license plate.