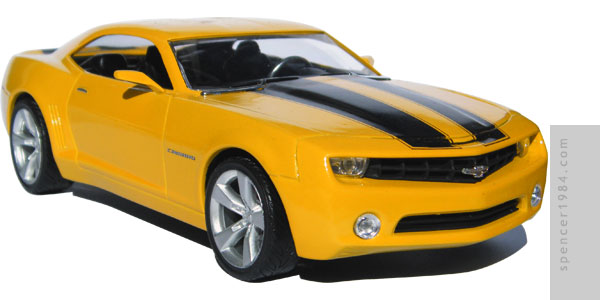 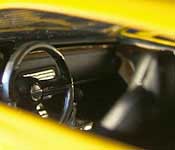 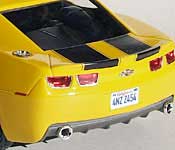 Cool Fact
The "New Camaro" version of Bumblebee was a fiberglass shell over a Pontiac GTO, with false brake rotors made as part of the hubcaps.

As with most of my Transformer models, I built Bumblebee as a curbside, so he was a relatively quick build. Other than omitting the engine and some related components, it is a box-stock build of the AMT kit. The only real detail work that I did was to correct the break lines for the trunk lid and fenders. I was originally going to use Tamiya Camel Yellow for the paint job, but for some reason I was having no luck with it. So I switched to Model Master Bright Yellow, which is nearly identical save for a little less "orange" under certain light. Decals came from Keith Marks, and once they were applied I sealed the whole thing with a coat of Future.