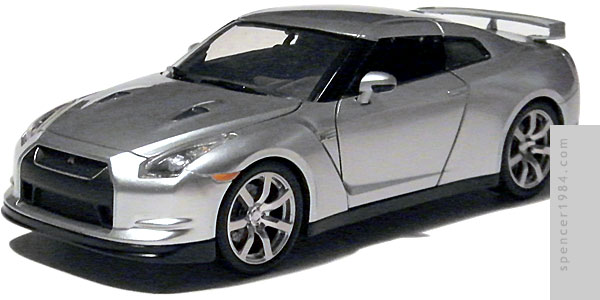 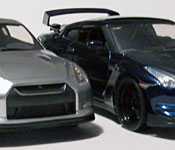 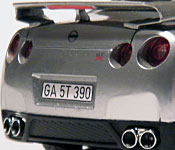 The GT-R was easily the best of Jada's initial wave of Furious 7 diecasts, with some excellent sculpting and scaling that was actually pretty close to true 1/24. It was good enough to spur me into getting one of their older releases of the same car to represent Brian's "Canary Island" GT-R.

This car was displayed as stock in the film, so modifications to the diecast were minimal: I repainted the skirting, did some minor clean-up work, and added a screen-accurate license plate. With these few touch-ups, I had a pretty good representation of the first R35 to appear in the Fast & Furious franchise.