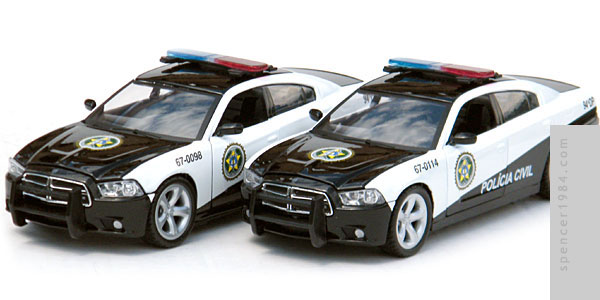 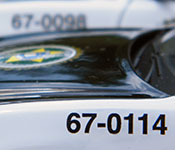 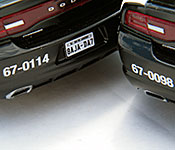 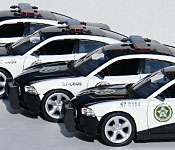 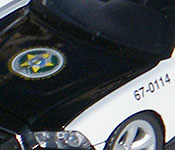 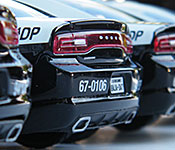 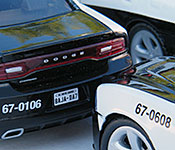 When I wrote the review for this diecast, it hadn't occurred to me what an opportunity Greenlight missed to get the most out of this casting: there were four nearly identical cars used in that scene from Fast Five, why not offer the same casting with four different fender markings? Maybe I'm the only one dumb enough to buy the casting four times. If so, it wouldn't be the first time.

Making the team is actually pretty straightforward: a little nail polish remover to clean off the old graphics, some polishing to smooth out the finish, and a new set of numbers for the front fenders and rear bumper. The biggest challenge was getting the old numbers off without destroying the paint underneath. My efforts were not 100% successful, but with a little touch-up (including that missing paint app on the top corners of the front bumper), the end result looks pretty decent.