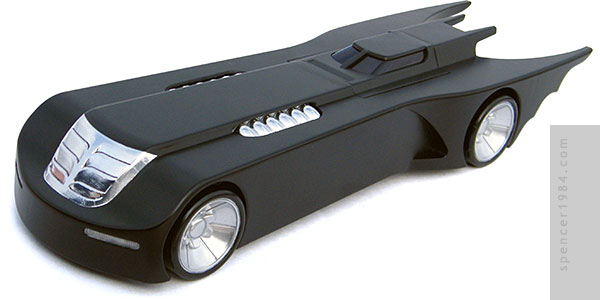 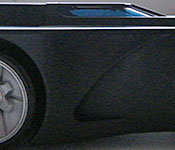 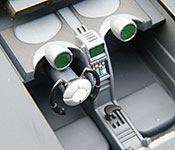 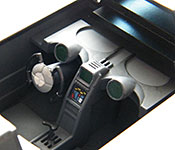 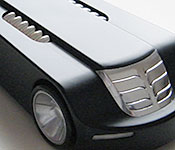 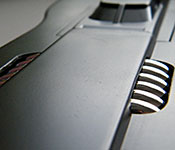 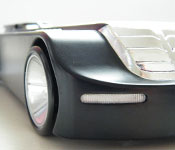 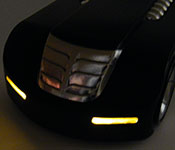 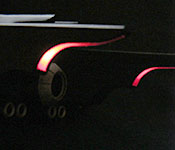 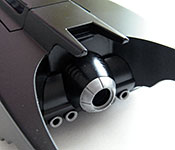 I had pretty much assumed that, if I wanted a 1/24 replica of the Batman the Animated Series Batmobile, I was going to have to scratchbuild it. The car hadn't been on TV for over two decades, and during that time we saw several new takes on Batman including The Batman, the Dark Knight trilogy, and Batman v. Superman. So it was a very pleasant surprise when NJ Croce released their BTAS Batmobile. Nice as it was, though, there were a few changes I wanted to make.

The first thing I had to do was get rid of the canopy hinge. One of the cool things about this car is its clean simplicity, and the big hinge stuck right in the middle of it was just ugly. So I disassembled everything, cut the hinge tab off the canopy, and filled in the hinge receptacle on the cowl. Without the hinge there was nothing to hold the leading edge of the canopy from falling through the body, so I made a new ledge from styrene stock.

As long as I had it apart, I made a couple other changes as well. The first was the header pipes, which looked too flat and shallow to me (though they pretty accurately captured the look of the classic toy). I cut out recesses where they were located, and used LEGO 90° elbows to make new pipes. These are plugged into dark gray plates glued under the hood, which not only ensured proper spacing but let me give the pipes a very slight angle. I also cut out the headlight and taillight lenses, so that I could add LED lights like I did in my '89 Batmobile. I wasn't as picky about hiding things this time, using a simple dollar store battery box/switch mounted through a large hole in the chassis.

With modifications done, it was time for paint. Opting to recreate the "title sequence" look, the body was painted Dupli-Color satin black with a BMF grille, flat steel exhaust and deterrent nozzles, and chrome-painted wheels. The interior was painted dark gray, with flat black used for some of the details (the gauges and buttons are original, having been masked off before I painted). I wasn't sure if I should do anything with the blue-tinted canopy glass, but upon reassembling the Batmobile I was very happy with how it looked against the satin black body and so left it alone.