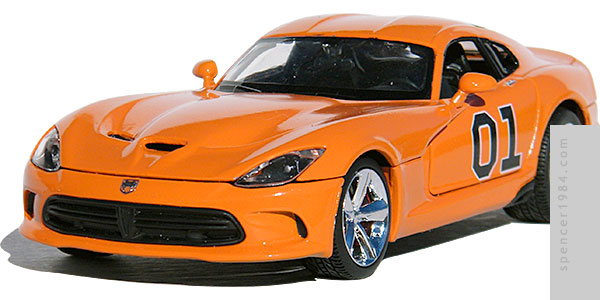 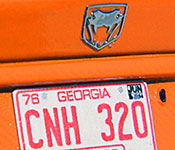 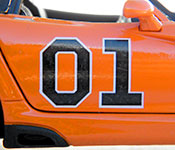 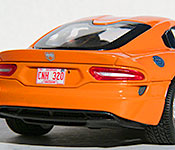 With all of the controversy, reboots, and just general chatter about the Dukes of Hazzard existing in the 21st century, the AutoTrader ads were a nice reminder of the simple chemistry between John Schneider, Tom Wopat, and the General Lee. Ending the commercial with a Viper was even a fine choice in my book; I can't believe that they'd ever get rid of their four-wheeled friend, but I can accept that they'd let him spend some more time enjoying retirement at the Duke farm while they're tearing up some modern ride.

The project itself was very simple: I stripped one of Maisto's VX Vipers, repainted it Header Orange, and made a set of door numbers based on my earlier build but reduced to fit the Viper's doors. The tires are the original Viper parts, but mounted on a set of modified wheels from Revell's 2009 Dodge Challenger over parts box disc brakes. A little detail painting, chrome aftermarket emblems, and a custom license plate finished off this latest addition to the Duke boys' garage.