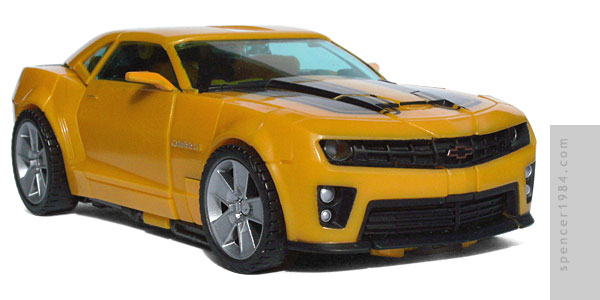 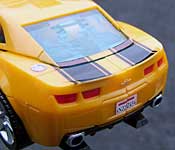 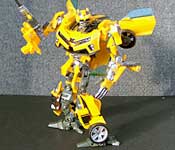 Cool Fact
Neither of the new Camaros Bumblebee used for alt modes is actually available to the public: the 2007 movie used a pre-production concept car, while the 2009 movie used a now cancelled Z-28 package.

For Bumblebee, the required touch-up work was minor: I painted the hood scoop, touched up the bottom of the rear window, and added mirror glass. I also modified the robot mode based on a suggestion I read online. By swapping the legs, 'Bee now has his rear wheels on the outside of his calves and looks much more like the character model shown in the movie. It requires one extra step in the transformation sequence and some extra care needs to be taken, but otherwise he still goes between modes with no problem.