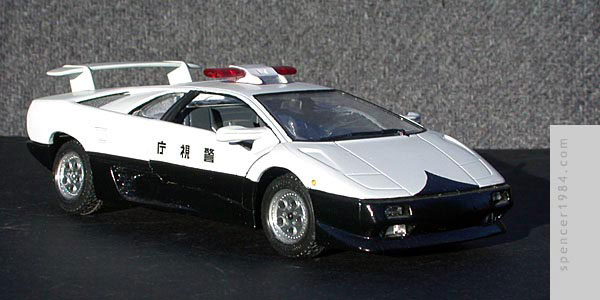 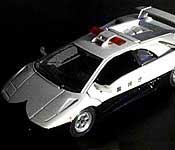 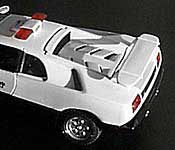 Like X-Brawn, I purposely took some liberties when assembling this model. When it comes time to build "super" Prowl, I will add the extra scoops and panels on the toy. Standard Prowl, however, was built as a stock Diablo (with the exception of the police package, of course). The standard black/white paint job was completed with door decals from a Fujimi Datsun police car kit. The light bar for the roof is about as accurate as I can get: I took it directly off the Prowl toy (it actually fits a better on this than it did the toy, since on a full-size car with the toy's extra-wide light bar the doors would not have been able to open).