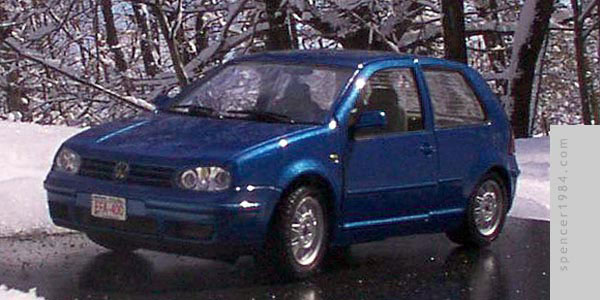 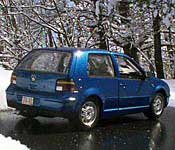 A very basic, but very well done diecast, I found this at a toy store in a local mall. Because it was the rally version, it originally had stickers covering about 99% of the body and bright yellow wheels. I had learned from experience, however, that the stickers Bburago uses can be easily removed without marring the paint underneath.

Once the stickers were removed, I disassembled the car and repainted the interior Light Sea Gray and flat black. The wheels were repainted silver, and I found that the unpainted surfaces in the door frames could be touched up with a mid-eighties Dodge truck blue. Once reassembled, the details were painted and plates and stickers were added, and a radio antenna was added the the back center of the roof using a section of stretched sprue. The only problem with the car was that the driver's side view mirror was bent nearly flat against the body. If you get one of these, the easiest way to fix it is to just cut the mirror off the car and glue it back into place after the neck has been reshaped.