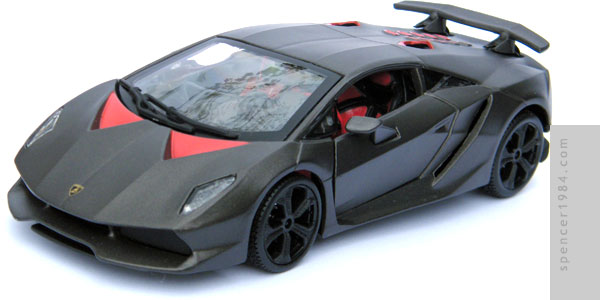 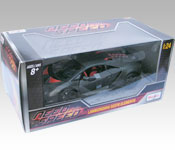 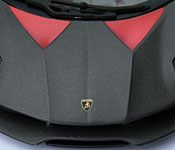 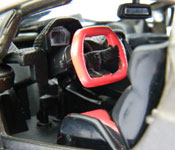 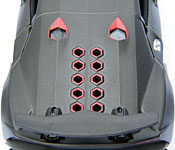 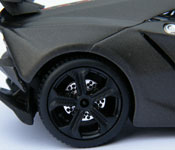 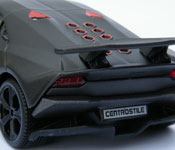 The Need for Speed franchise made the jump from video games to the big screen in early 2014 with a movie starring Aaron Paul and Dominic Cooper. Tobey Marshall (Paul) is a garage owner and former race car driver who participates in street races with his crew after hours, and Dino Brewster (Cooper) is a formal rival of Marshall's who works with exotic and performance automobiles. One day Brewster offers Marshall the once-in-a-lifetime opportunity to complete an unfinished Shelby Mustang, the last project worked on by the late Carrol Shelby. Marshall's crew get it done, earning them 25% of the Mustang's $2.7 million sale price. Brewster then bets his percentage of the deal against Marshall in a three-way race between them and Marshall's Partner Little Pete. Brewster kills Little Pete during the race, and leaves Marshall to take the fall for involuntary manslaughter. Two years later, Marshall is paroled and sets out to avenge Little Pete's death by entering the De Leon, a winner-take-all race in which Brewster will be competing.

The Need for Speed movie cars are packaged in a simple window box about 9" (23cm) x 4" (10.5cm) x 4.5" (12cm) with various carbon fiber designs printed as the backgrounds on all six panels. The front panel has age resriction and scale printed near the top on either side of the window. The movie title and Maisto logo are near the bottom corners, on a geometric band that forms the bottom edge of the window. "Lamborghini Sesto Elemento" is printed on a sticker placed under the lowest part of the window. The top panel has a large version of the movie title extending into the window and flanked by the Maisto logo and scale. The left flap has the Maisto and movie logos above a stylized gauge (it has numbers indiating its a speedometer, but also has a redline). The right end flap repeats the logos, but this time over an extreme close-up of a wheel. The back panel has the Maisot logo, a marketing blurb about the movie in English and French, the movie title, and the copyright information. The bottom has the remaining legal info and bar codes. The carbon fiber pattern is duplicated on all of the interior panels as well, but much lighter than on the outside of the box. The car is held to the upper of a double floor by two standard screws. A plastic band holds the dors closed, and a pair of clear stickers hold the hood closed. The NFS logo is centered on the back wall, and there is a swooping tire tread on the floor.

The subject matter is really working against Maisto here. Lamborghini's Sesto Elemento is defined by sharp creases, tight tolerences, and lightweight components, none of which suit a diecast replica. As a result, the body looks a little soft, even though it is a fairly competent job with very little flash and no truly malformed components. Maisto used plastic for some of the lighter elements, like the grilles, wiper, mirrors, spoiler, and rear fascia. While the individual components all look good, where they meet with the body (particularly the mirros) has some ugly joints thanks to the limitations of the metal casting. The dark gray is applied well, including inside the door sills. Red paint highlights the recesses on the hood, the roof portholes, and the ten air ports on the rear. Silver is used for the fuel fill on the right rear fender. These paint apps are nicely done, with only one of the air ports misaligned and a tiny amount of ghosting on the front triangles. The headlights, windshield, side windows, and roof port holes are transparent clear, the taillights are transparent red, and the wheels are black plastic with black vinyl tires. Blank paint is used for the window frames, with no slop whatsoever. A Lamborghini badge is centered on the nose, and the Lambo script is written in black on the rear fascia. Both are cleanly printed, though the nose badge would have benefitted from a raised base to prevent it from being distorted by the crease in teh nose. Chrome stickers are used for the mirror glass, and a wide "Centrostile" license plate is printed on a panel under the rear bumper.The chassis is unpainted black plastic, with a separate insert for the engine/drivetrain and exhaust ports. The brake rotors are chrome plated, and there are no calipers. The inside has the correct minimalist design, with the dashboard made of little more than a structural brace with pods attached to it. Everything is cast in black plastic with nice delicate texturing and red paint details. The red is generally printed very well, though Maisto's aim was off in a couple of places on the seat pads. The gauges are very well done, finely printed and precisely located.

Both doors open & close, and the front wheels steer and are attached to the steering wheel.

This is a pretty accurate (if simplified) replica of the Sesto Elemento. Aside from the aforementioned limitations of the material, Maisto skipped some details like the transmission snout (whch should be visible below the license plate). They also used black for the rear script and siver for the fuel fills, both of which should follow the black/red style of the rest of the car. I also would have liked to have seen some baffling around the front wheels - as it is, you can see the insides of the calipers through the windshield if you angle it just right. Scaling is a hair small, somewhere around 1/24.5 - 1/25.