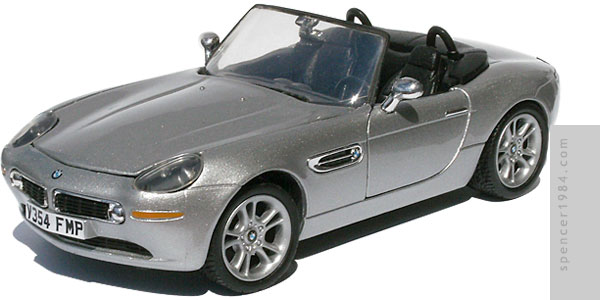 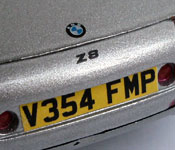 Cool Fact
Movie production predated the commercial release of the Z8, so the cars used in the film were little more than fiberglass shells over rolling chassis

Since the point of using a diecast car instead of a plastic kit was to make less work for myself, upgrades here were kept to a minimum. I removed the factory applied logos and replaced them a bit straighter, made screen-accurate license plates (well, a screen-accurate front plate, at least - the rear plate used a totally different font that didn't match the front plate or real-world license plates), touched up some chrome components with Bare Metal Foil, did some minor detail painting, and gave it a good polishing.