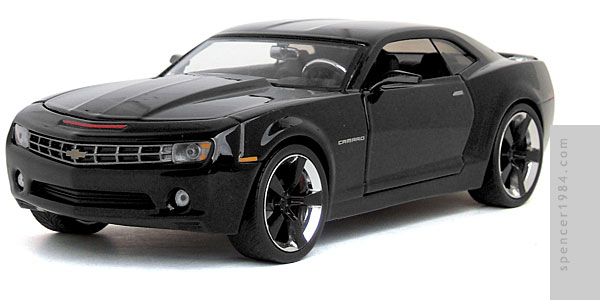 When KITT was announced to be a Mustang back in December 2007, I had put together a photo edit of what KITT could look like as a Camaro. A couple of months later I came across this Jada Camaro, and was amazed at how close to my photo edit it looked. It even had the same blacked-out wheel spokes connecting to chrome wheel rims. So I picked it up, removed the "Dub City" graphic from the rear window, repainted the grille, and added the scanner in the nose scoop.