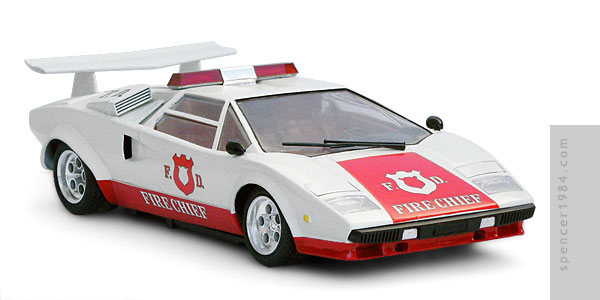 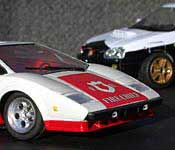 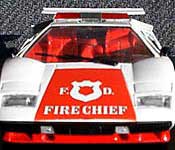 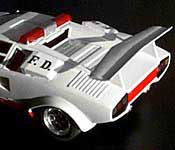 Red Alert was released in the Transformers second year, and was the last Countach figure until the re-release of Sideswipe in Transformers: Generation 2. This project should have been a pretty straightforward buildup of the figure: I had already build Sideswipe and Sunstreaker, both of which use the same base kit I was using here. The only part I had to scratchbuild was the light bar, which would be nearly identical to the one I made for Prowl. In essence, there was no reason why this model should be difficult.

That having been said, this model was on par with the Shaguar as far as refusing to cooperate. Between runs, wrinkles, bubbles, and blushing (and subsequent damage to the plastic trying to clean these bad layers off), I ended up having to use parts from three separate kits to build one model. Fortunately, other than the paint job, the car went together pretty well. I built the model box stock with the exception of the scratchbuilt light bar. Custom made decals were used for the car's nose, doors, and air scoops, and custom made stickers were used for the rockers.