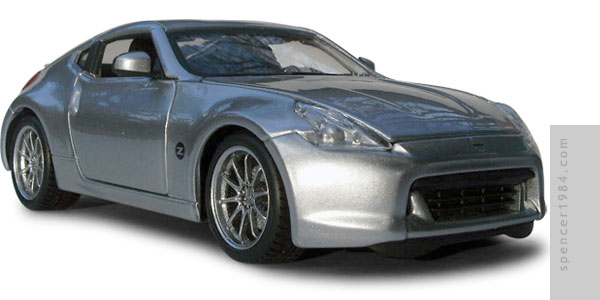 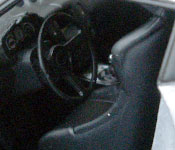 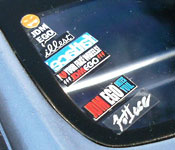 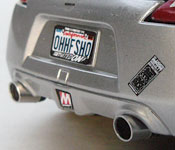 Cool Fact
Asylum founder David Michael Latt has said that he prefers the term "tie-in" to the more popular "mockbuster" when referring to movies that piggyback a larger budget productions (such as 200mph and Fast Five), noting that despite the similarities, Aslum movies always contain unique content.
Source: NY Times

I've been watching movies from The Asylum for quite a few years now, and while they haven't been good by any stretch of the imagination, they have almost always been entertaining (which is more than I can say for some movies). Such is the case with 200 MPH. This is a movie that takes place in a world where the Nissan GT-R and 370Z share the same factory performance specs, crude pencil drawings equal aerodynamic blueprints, and switching vehicles offscreen during a race is a common occurrence.

The "hero" car at the beginning and end of the movie was the aforementioned Nissan 370Z. I happened to have an extra silver Z from when I was picking up cars to represent Transformers: Alternity Megatron, and decided that this would be a good use of it. Modifications were pretty simple: the wheels were Hobby Design Rays CE28Ns with the car's original tires and Fujimi brakes, the seats were the optional set from Racing Champions' TF&TF RX-7, the steering wheel was from my parts box, the tail pipes were polished sections of aluminum tubing, and the bumper stickers and license plate were all made in Illustrator. I am still missing two of the stickers, so if anyone out there can help me out it would be appreciated.