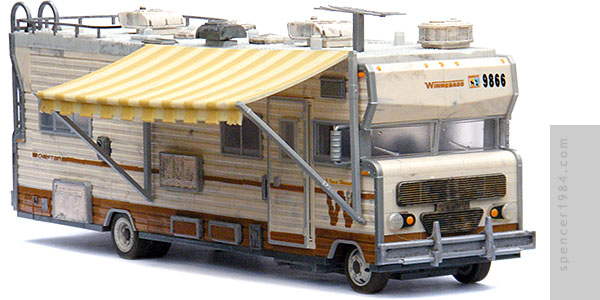 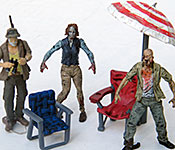 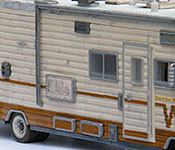 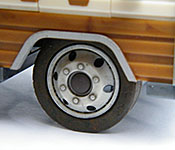 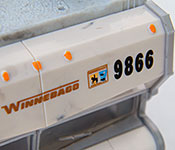 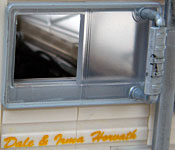 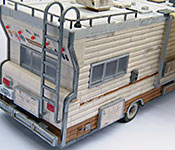 McFarlane's Walking Dead series has been a hit, expanding to more stores and increasing the number of planned sets after the first wave. After seeing what they did with Daryl's Chopper, I was really looking forward to getting Dale's RV - another iconic vehicle from the series that looked pretty close to 1/24 scale.

As soon as it hit stores, I picked one up and built it straight out of the box. The details are generally very good, and McFarlane really did great work minimizing the limitations of brick construction. Their material quality is very good, too, which is absolutely critical in sets like this...just ask anyone who has tried to build a Best-Lock set. The actual construction was pretty straightforward, and the instructions were easy to follow while changing things up often enough to avoid getting bored (there are a lot of 1x2 bricks). It seems that someone at the factory decided to make an adjustment to the suspension late in the game, so an extra page was inserted in the proper place in the instructions.

As with the Chopper, McFarlane took the opportunity to show off some of their sculptors' skills. The extra side details, the corner trim, the dashboard, and the roof detailing are all fantastic. The TV antenna has a couple of bent vanes, but considering the show's setting they're easy to accept as part of the sculpt. This also goes for the sides of the RV, which have some unavoidable seams and waves due to the way it's build. It's actually surprisingly solid considering haw many small bricks went into it. But these imperfections don't really detract, and arguably add to the painted-on weathering in helping sell the "old RV used in the zombie walker apocalypse."

The set comes with a few play features as well. There are three figures—two walkers and Dale—all of which have good sculpting and decent paint. Dale also has an alternate "seated" set of legs and a rifle accessory that can plug into his back. There are two lawn chairs, one a simple folding style with blue weaving and a red collapsable with arms and a clip on the back for an umbrella. Finally, there are two optional awning pieces: one folded flat against the side of the camper, and the other fully extended.

Nice as it is, there were a couple of misses. The interior is pretty bare, but fortunately the dirty windows do a nice job of hiding that. Also, the front end is flatter than the 1:1 Winnebago, though as boxy as these were I could overlook that problem. The thing I couldn't overlook was that it's far too short for a Chieftain (the proportions are much closer to a Brave). The Chieftain should have a massive rear overhang, allowing the side details to be more spread out across its length.

To make this fix, I waited for a post-Christmas clearance sale and bought a second RV to use for parts. I extended the wheelbase 2 studs and added an extra six studs past the rear, lengthening the RV by about 2½" (6.5cm) total. To make sure it could hold the extra material, I added another partition inside and some longitudinal beams to give the body some extra strength. I also took advantage of the second kit to give it a proper dually rear axle, and fixed the front wheels to hide the ugly snap hubs.

Making these revisions improved the overall look of the RV tremendously, and was well worth the price of the second RV. I have a feeling that not everyone will care about the difference, but it's nice that thanks to the way it's constructed it could be changed so easily.