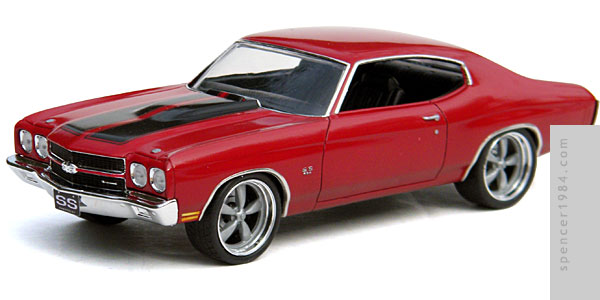 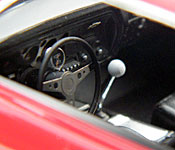 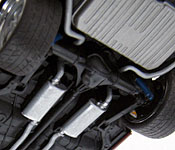 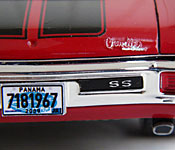 Cool Fact
Car coordinator Dennis McCarthy confirmed that the Chevelle that appears in the post-credit sequence of The Fast & the Furious and the first part of Fast & Furious are supposed to be the same car, though the actual car(s) used for filming were not available during production of the fourth movie.
Source: Collider.com

As my first time building Revell's version of the 1970 Chevelle SS 454, I wanted to try to keep it close to box stock. The car driven by Dominic Toretto after the loss of his Charger seemed like the perfect subject for a "test drive."

The one-piece chassis was detailed with paint, and the wheels and tires were replaced with a set of Pegasus T's over parts box disc brakes. I had to enlarge the holes in the backs of the wheels and shorten the kit's metal axles a little, but otherwise these worked perfectly. Inside, I scratch built a tachometer and replaced the stock steering wheel with a PE part by Acu Stion and wire rim. The rest of the interior was detailed with paint and BMF.

As usual, I deepened the panel lines on the body. This was particularly effective here, since the blue plastic created some very convincing shadows under the final paint. I then painted it Model Master Chevy Flame Red, which looked like a pretty good match to the movie car's color. Unfortunately, the only stripes provided in the kit were white, so I made my own and then sealed everything together with a coat of "Wet Look" clear and detailed with paint and BMF.

The movies offered several options for license plates, including nothing, an "SS" badge, and a California tag (and presumably several more as Dom was shown spending time in both Baja California and Panama City). I went with the "SS" badge and a Panama rear tag, which is what the car would have been wearing right in the middle of its time on screen. The number on the plate is Vin Diesel's birth date.