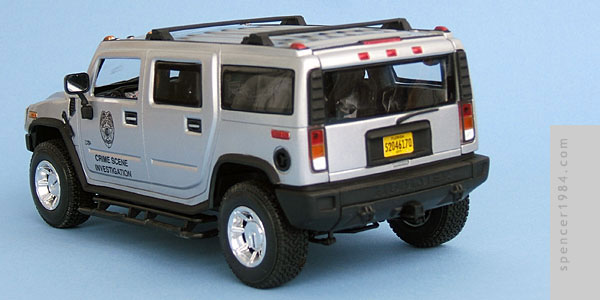 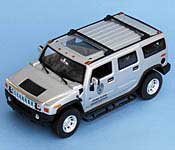 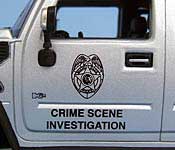 For the most part, assembly was as smooth as ever. I again have to give compliments to the designers at Revell for crafting a well detailed yet still relatively simple kit. The only place they really misstepped here is with the rear license plate: rather than an actual plate, they had the show's logo. Their other entertainment property cars weren't like this, so I'm not sure why they chose this particular route. Since there are several H2s used in the show, and since rear shots of the cars are relatively rare (Florida only uses rear plates), I had very little to work with for making a screen-accurate plate. The above number is the closest to a full number that I could find, though the first half of the plate is made up based on the episode it appeared in and I will likely replace it if I can ever find a good screenshot of a full plate. Aside from this detail, the model is a straight buildup with only paint detailing.