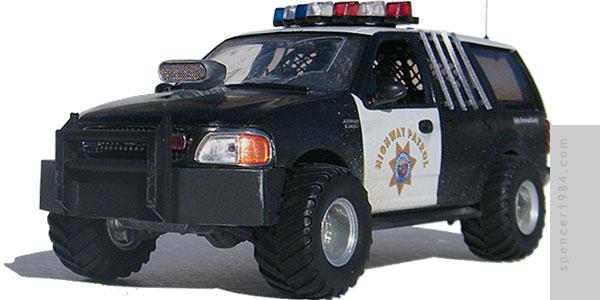 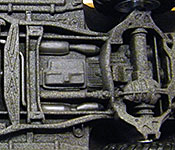 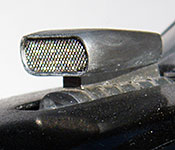 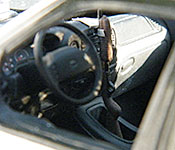 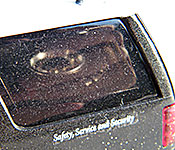 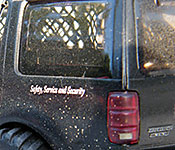 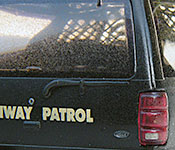 This was a build suggested by a friend after he got one and was building it into something for a narrative he was writing. Having some experience in that field, it sounded like a fun idea and so I got to work.

As this was something he had invented, I primarily followed the style of his build while adding my own personal touches. Like his, I started with Revell's Ford Expedition Police vehicle and gave it a supercharger and rear side window bars. I also replaced the front bumper with one that appeared to be made from heavy duty plate steel, and replaced the kit-supplied plastic antenna with wire. All of the additions save the blower hat were scratch built. The wheels and tires were taken from a 1/64 Hot Wheels monster truck, and because I happened to have a fifth one in my parts box (something I acquired in a box of parts), I tossed that in the back as a spare. With the tires in place the Expedition looked a little wasp-waisted, so I added a set of running boards from my parts box to help fill out the sides a little. Lastly, I added a shotgun from my parts box, held to the dashboard with a scratch built clip.

I didn't want to use the kit-supplied markings for a couple of reasons. First, they were stickers: nice enough, but somewhat limited in what I could do with them compared to paint and waterslide decals. Second, I wanted to keep the light bar for use on a different project involving a Crown Victoria. Since that car wouldn't need the Vector light bar it came with, I decided to simply swap light bars and paint the Expedition in the Crown Vic's CHP colors. The decals came from PoliceDecalShop, and were my first use of their product. Overall I was very pleased, as the decals were clean, thin, and printed with nice sharp opaque colors. I'll definitely be using more of their decals in the future.

Once everything was paints, I started weathering it. The chassis was heavily oated in multiple paints, pastels, and chalks. The body was similarly weathered, but lighter to reflect a vehicle that was still seeing maintenance. To make the windshield wiper sweeps, I masked off the windshield, sprayed a couple of light coats of paint and Dullcote, then removed the mask and sprayed more Dullcote. Once it was dry, I wet a Q-Tip with isopropyl alcohol and cleaned the glass in a sweeping motion, leaving streaks appropriate for older wiper blades. The interior was lightly weathered as well, with heavier wear on and around the driver's seat to indicate the long service this truck has provided. I also deformed the mesh surrounding the back seat to indicate that it has had to transport some rather unruly passengers during its life. Finally, a silver pencil was used to add some wear to the front bumper.