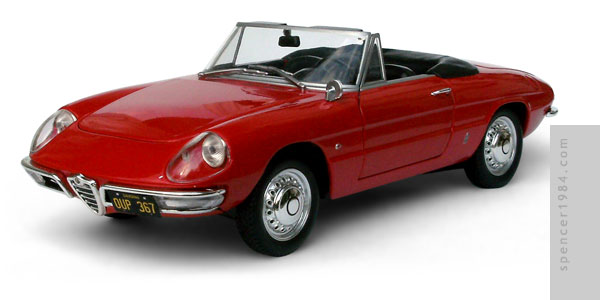 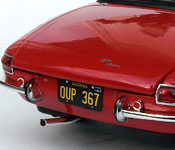 I ended up spending more time removing the packaging than working on this model, and unfortunately not just because it needed so few alterations. The outer packaging was simple enough - the poorly made blister card had almost completely deteriorated - but Leo Models continues the tradition of keeping the doors, hood, and trunk closed with a series of small round stickers. These stickers left a lot of residue on the body, and thanks to the proximity of delicate markings there was no way to clean it off easily. I ended up spending over an hour carefully scrubbing and polishing around the wipers, door handles, and scripts before it was finally presentable. I then discovered that they used two different types of screws to hold the car to the base, and that the ones attached to the car itself were tiny, deeply set, and stiff enough that my attempt to remove them hollowed out the head of one of them. I finally had to cut the base apart with a set of side cutters to get the car free.

Fortunately, once the excretable packaging was gone, I was left with a pretty decent little car. I removed the original license plates and added a screen-accurate set, as well as a new side-view mirror. To be 100% accurate I should remove the Carello headlight covers, but I like the look of them so much I decided to leave them on for now.