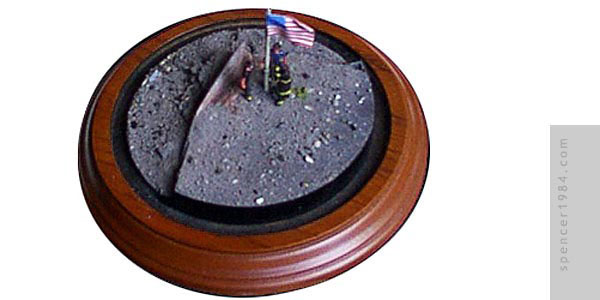 I learned what had happened shortly after getting into work the morning of September 11th. At first, I think we all believed it was an accident, but the reality of the situation soon became apparent. On my personal page, I mention that I live in upstate New York. More specifically, I live almost directly north of New York City, a trip that usually takes about 2 hours by car. I do not know if it was because of this proximity to NYC, or if it was because of the friends and family we worried about, but this attack hit very close to home - not just for me, but for all of my family, friends, and co-workers.

As days passed, the emotions brought by this act of terrorism did not numb or fade like so many previous incidents had. This was not just an attack on a building, city, or even a state. This was not even an act of war declared on a single country - the entire world was affected here. Although I do not know what the purpose of the attack was, I do know that it has failed. Instead of rallying respect and support for their cause, they have instead damned their cause in the eyes of the entire world. America has not deteriorated into chaos, we did not turn and run, and we will not back down from this. We are a nation and a family, and although we are can bicker amongst each other and focus on the wrong things at times, we are still a family and we will stand together. Our complacency has been shaken, but no more.

A Journal News photo by Ricky Flores was taken the day of the attack, the first of many flag-raisings that would show those responsible that we would indeed stand united. As a tribute to that, and as a memorial to those who were lost that day, I created this scene from that image.