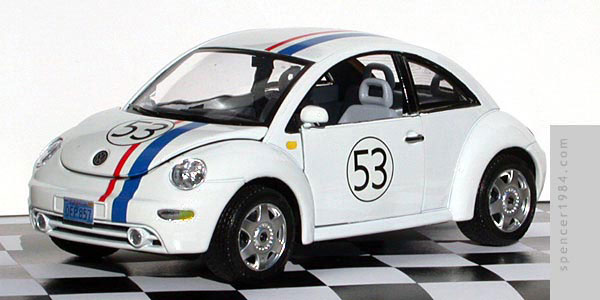 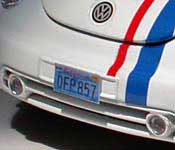 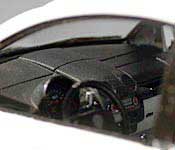 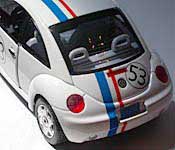 I found this kit on a trip to Canada, and had to try it out. At the time I had not built many diecast models, but I had heard that Bburago kits were pretty well done. I was quite pleased with the attention to detail given to such a low-cost kit, as well as the overall quality of the kit. I did learn one unfortunate aspect of these kits, however: there is no such thing as a "test fit". Once two parts were together, there was no way to disassemble them without destroying the mounting pins (or, in some cases, the part itself).

The biggest thing that I was impressed by was the decals that were provided. The body was prepainted, but with no markings whatsoever. I was expecting some difficulty with applying the stripes around the compound curves of the Beetle. To my surprise, the decals actually had a little give to them, allowing them to stretch over the curves without wrinkling. My only complaint here is the fact that there is only one decal for the hood and front bumper; if you want to be able to open the hood, you will need to cut the decal at the hoodline and touch up the ends of the stripes where they go under the leading edge of the hood. The license plates are not from the kit; I created them in Photoshop as the modern equivalent of the original Herbie plates (California OFP 857), set on the state's "Coastline Preservation" series of license plates.