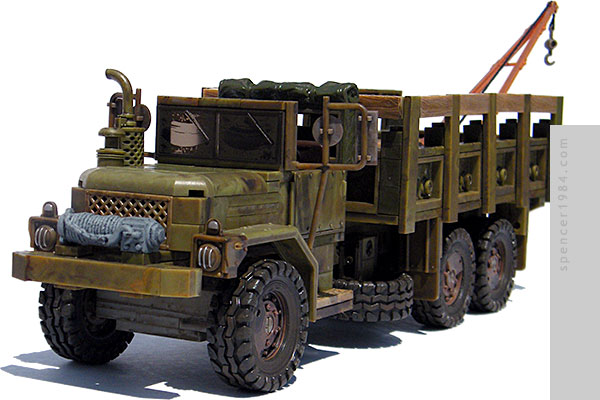 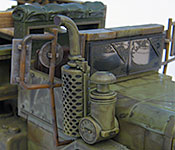 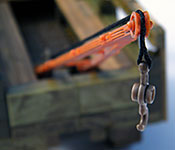 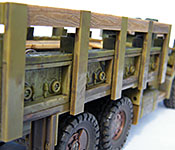 As McFarlane's building sets expand into other properties with various playsets, it looks like this might be their last Walking Dead vehicle. And while it's not quite as good as Daryl's Chopper or Dale's RV, it still makes a passable 1/24-ish replica of the M35A3 military truck from the Governor's first attack on the prison.

A couple of things hold this one back. First, the truck is a lot less forgiving than the RV was as far as hiding its brick-by-brick construction. The thickness of the boards around the back, the stud notches in the leading edge of the hood, and the spare tire mount are all easy tells that the Pillbox didn't have to worry about. Also, the increased use of soft vinyl parts this time made construction more difficult. As others have noted, the side panels don't really fit in their boxes and the roof doesn't want to sit straight. I fixed the former by beveling the inside edges of the inserts (thus allowing more flex as they were seated), and the latter by clamping the roof onto its frame with pliers (human hands are too big to get the correct force to the inside back edge of the frame). I also used superglue to help set the tow cable, as otherwise it is too thick to properly "stretch" from the winch to the hook and won't stay in its pulley. A few strategically-placed dots helped make it look much more realistic.

Despite the extra effort required, the finished truck was worth it. There aren't enough military vehicles in this scale, and having one that ties in to a popular TV series is even better. As with the previous two Walking Dead vehicles it could look even better with some further upgrades, but it looks good enough that I'm happy to call this one finished.