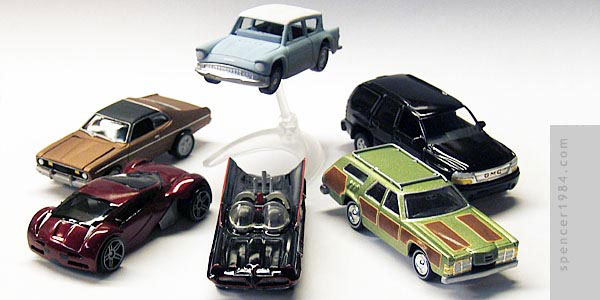 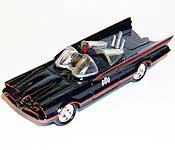 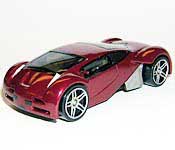 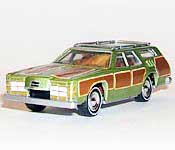 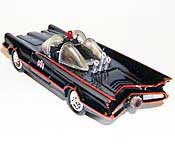 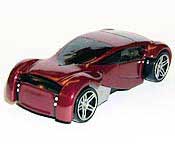 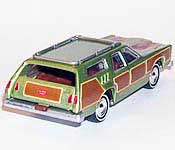 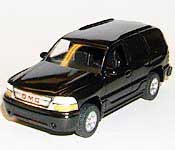 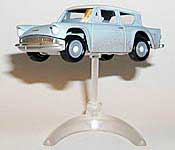 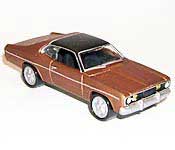 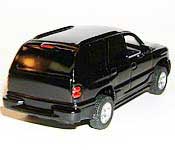 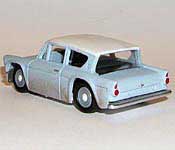 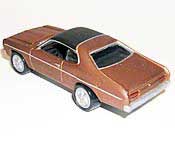 There are certain cars that every diecast collector has on their ultimate wish list, but there's always something in the way of an official release. This auction was a chance to fill those nagging gaps in the collection, with six cars from popular TV shows & movies. As with all previous years, the proceeds from this auction went to local charities during the holiday season.

First up is the original Batmobile from the famous 1966 Batman TV series. Based on the Jimmy Flintstone resin and metal kit, the Batmobile features photoetched grills, accurate bat logos, realistic rocket tubes, and pinstriping done with a combination of hand painting and automotive pinstriping tape.

Second in this set is Grissom's GMC Yukon Denali as seen in the CSI episode "Jackpot." As popular as the CSI series of shows are, I was surprised to see that there were no official 1/64 diecast cars available. If an official car is ever released, how often in the past have manufacturers taken the easy way out, and simply added graphics to a generic sedan or truck? Not only is this a replica of a car actually used in the show, it features a miniature forensics kit on the front passengers' seat (direct from the same episode).

Third is the Weasleys' Ford Anglia from Harry Potter and the Chamber of Secrets. Hot Wheels released an Anglia as part of their "Spider Swarm" set, but let's face it - the Anglia was better known for its flying ability than its spider-fighting ability. In addition to the accurate two-tone paint job and realistic weathering, I have made it so that it can be posed either on the ground or on a clear display stand to "fly" above other cars. For a fun detail, the axle holes were modified to let the wheels drop when the car is in the air, and to seat in their normal position when the car is on the road.

Fourth is Al Bundy's Dodge from Married...With Children. Though it changed a few times during the series' run, the car typically used was not really a Dodge, but a 1971 Plymouth Duster. I started with the same car, as made by Johnny Lightning, painted the appropriate brown & black. Other details include the correct roof & side trim, and a set of custom wheels made to mimic the prototype's Polara hubcaps. To further give it the right look, the car was dulled & disressed to look like the famous car that sat in the Bundy garage.

Car #5 is the Lexus from the movie Minority Report. It started as a Hot Wheels Phantom Racer, and had nearly every panel exetensively reworked to look like the concept car from the movie. The entire nose, windshield, side windows, roof, rear window, quater windows, side scoops, and engine side panels were all extensively reworked. Accurate slim sideview mirrors were added, and the scoops, vents, and spoiler were all converted to smooth bodywork. The body was then painted candy red, with details made using automotive pinstriping and hand painting.

And finally, the wait is now over for an accurate replica of the famous Wagon Queen Family Truckster from the Chevy Chase classic Vacation. Starting with Matchbox's Mercury wagon, the nose, light clusters, and sides were extensively reworked. The rear door and rear side windows were modified to look like the prototype, complete with the louvers on each rear fender. Once the body work was complete, it was painted the appropriate "Metallic Pea" with fake wood panelling and a custom roof rack. whitewalls with chrome caps were taken from a Johnny Lightning car, with the axles modified to fit the wider station wagon body.