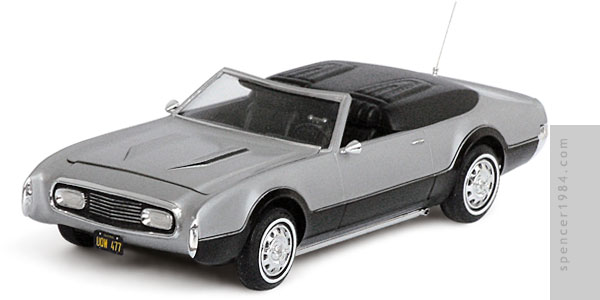 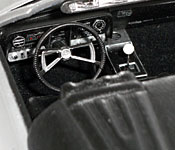 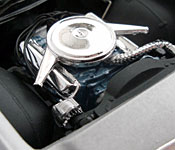 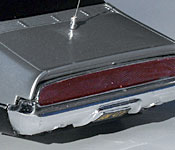 Cool Fact
For six out of the eight seasons, Joe Mannix drove Mopars exclusively - only the first and last seasons had Fords or GMs as Joe's personal cars.

From a purely aesthetic standpoint, this is not one of my favorite "Kustom" cars. I love the stock '66-'67 Olds Toronado, and so the truncated nose just doesn't work for me. But I do have to admire the work that went into the 1:1, and I appreciate the unique look, so it was something that I wanted to include with my TV/movie car collection.

I used the original MPC kit, which was both good and bad. First, the good: this was made during the Golden Age of scale modeling, so there were a ton of cool features included in the kit like the fold-down seat with a removable gun, the complex engine design (with a surprisingly high parts count), and the extra accessories to make it match the TV car. On the "not so good" side, none of the parts really fit together all that well.

The most egregious example of this was the front of the body, which had only been partially converted to match the 1:1. The hood ran all the way to the grille surround, the lower fascia was a separate piece, and none of these parts came close to lining up on their own. To fix it, I sliced the front of the hood off and grafted that and the lower fascia to the front fenders. The parts were strengthened with superglue & baking soda, then smoothed with Tamiya putty.

I also had to do some gap filling on the transmission, between the body and the interior, between the body and the chassis, and around some of the trim pieces. All four wheels were narrowed and the tires were modified for a more realistic stance. Finally. the windshield was replaced with a sheet of clear plastic cut to fit, and I added a shield to the chassis behind the fuel tank. This was mostly to hide the screw mounts, but it also worked well as protection against a stray bullet (frequently encountered in Joe's line of work). The engine is mostly box stock, with the addition of ignition wiring and a new radiator hose. I also had to replace the fan belt assembly, but that was because I accidentally broke the original.

The body was painted Testors silver and black with a black pinstripe, to match its season one look (like many other Barris cars, it was modified after its use on the show to sport more gadgets and a new paint job). Guitar wire replaced the plastic antenna, and Bare Metal Foil was used to both add trim and repair damage that had occurred in the 40+ years of the parts rattling around inside the box.

So although it may not be a real beauty, it does stand out as a fun and unique piece. Plus it was nice to get a chance to work on a true vintage model kit.