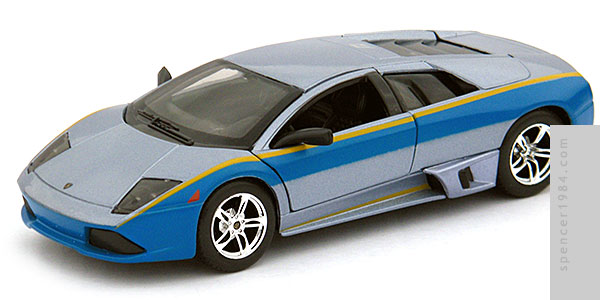 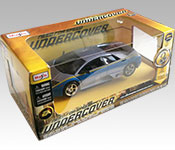 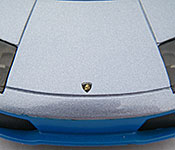 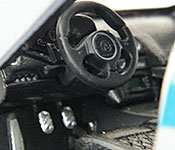 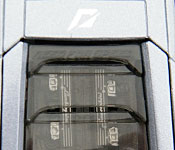 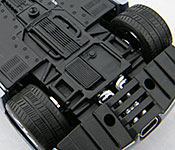 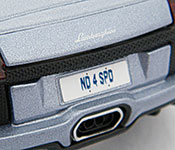 Undercover was the 12th installment in the Need for Speed franchise, and featured the largest open world setting of any NFS game to date. The game sets up the player as a police officer who has gone undercover to infiltrate the criminal underworld of Tri-City, and must complete various vehicle-themed missions to progress. As the player progresses, new cars become available - including the Lamborghini Murcielago, a Tier 1 vehicle that becomes available when the player reaches Wheelman Level 13.5. By entering "qj6vhxv1d0" in the "cheat codes" menu of the PlayStation 2 and Wii releases, players can also unlock a two-tone blue version of the Murcielago.

The Murciélago is one of Maisto's better toolings, with nice panel fit and minimal parting seams. Only a couple of slightly rough edges inside the air intakes hold the score down here. Otherwise, everything is neat and flush-fitting. The body is metal with plastic side ducts. The duct inserts, front grilles, sideview mirrors, and rear valence are black plastic. The headlight covers, glass, and engine cover are smoke transparent plastic, and the taillights are red transparent plastic. Most of the body is a metallic lilac, with bright blue bands from the beltline down to mid-door. The blue covers the entire front bumper, but stops at the trailing edges of the rear fenders. Yellow stripes are painted along the beltline and in the rocker cove. the base color is very good, with nice even tone and no noticeable flaws. The blue and yellow aren't as good, though: the blue has significant ghosting along its lower edge, and the yellow stripe is obviously made from multiple applications layered together (so bleed is more pronounced in some spots). Black paint is added to the side ducts, and the tailpipe is outlined in silver. The Lamborghini shield is printed in black and gold on the nose, a script badge is printed in silver on the tail, a NFS logo is printed in silver just above the engine hatch, and a European-style "ND 4 SPD" license plate is printed in white and blue. All of these are expertly done, with sharp edges and no registration issues. The interior is molded in black, with nice texturing on the seats and an opening below the grab handle on the dashboard - a small but nice detail. Another nice detail is the steering column, which has both the control levers as well as the shift paddles. Silver paint is used for most of the detailing, with a sticker for the gauge cluster. the engine is simple but sufficient, with the throttle bodies, badge, and intake manifold scripts nicely detailed in silver. The chassis is equally decent, with "cutouts" around the front differential, drive train, and engine. A separate exhaust pipe and rear splitter help add some extra detail. The only real problem are the wheels: while they look great on their own (clean chrome, rubber tires, and printed center caps), the rear axle is not mounted correctly and the car drops down over the rear wheels. Maisto's Charger suffered from this same problem.

There are very few screenshots of this car available online, so judging accuracy is somewhat difficult. It looks very close to the few that I have found, and since the late model cars in this series have been pretty faithful I'll give Maisto the benefit of the doubt. Scaling is a near-perfect 1/24.

Once again, distribution has been the single biggest fault in Maisto's Need for Speed series: it took me six years to find a Murci&eacutelago at a not-obscene price, and I have yet to find a GTR. If not for the rear axle and deco missteps it would be fantastic, but even with those I would still recommend getting one if you can find it at a good price.